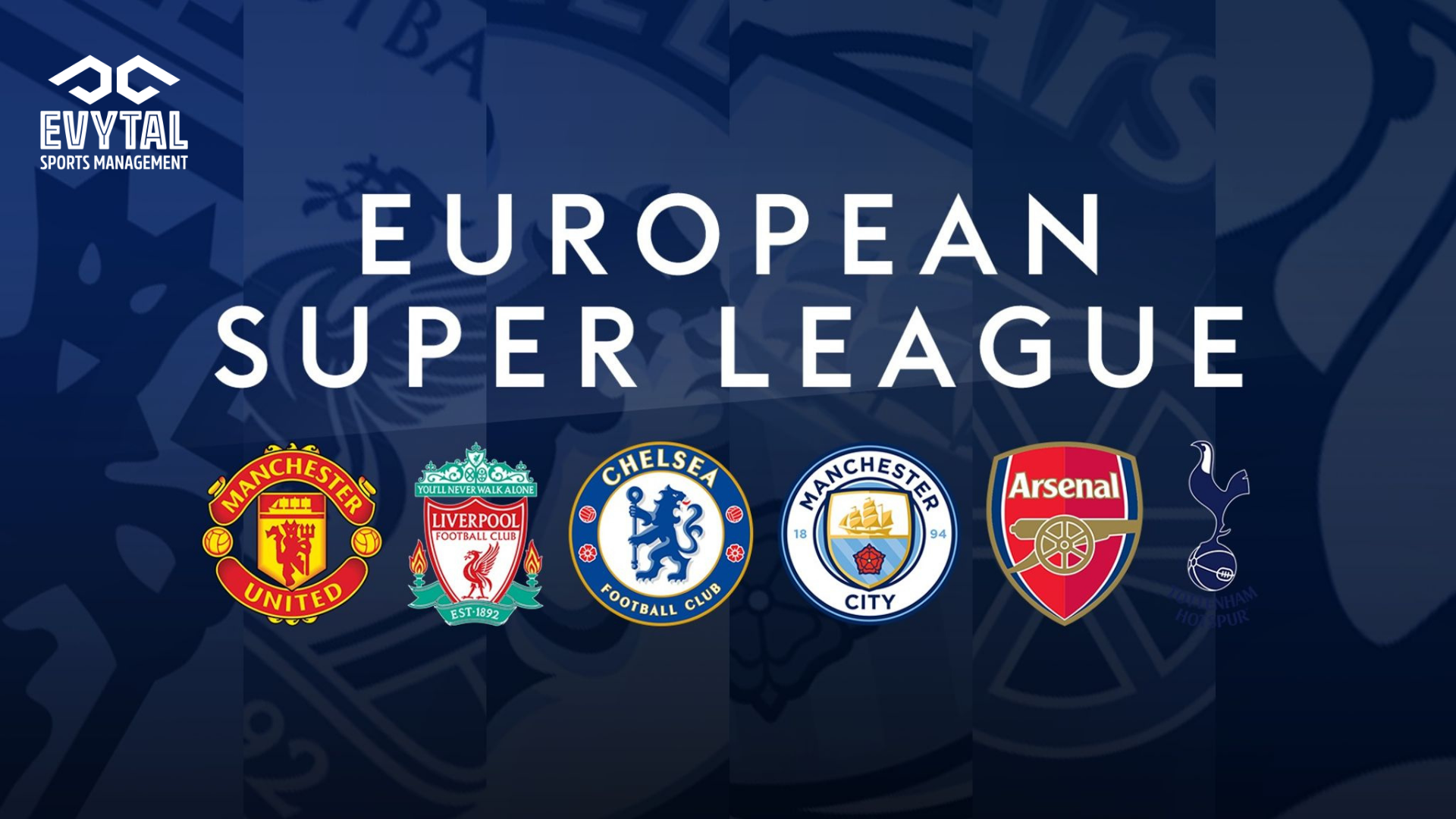 What is the European Super League?

Last night, in a press release, the European Super League was officially confirmed  by 12 founding clubs. These twelve clubs are Real Madrid, Barcelona, Atlético de Madrid, Inter Milan, AC Milan, Juventus, Manchester City, Manchester United, Arsenal, Liverpool, Chelsea and Tottenham, with three more clubs expected to join. PSG and Bayern Munich have declined to participate in this league. This new competition competes with the UEFA Champions League. The creation of this European Super League comes just before the UEFA meeting where the new Champions League format for the season will be officially validated. Florentino Pérez, current president of Real Madrid is the president of this European Super League, Joel Glazer and Andrea Agnelli are the vice-presidents.

Format of this new league

20 clubs will be able to participate in this European championship, among them 15 founding clubs and 5 additional teams that will qualify each year based on their performance in the previous season. Matches will be played on weekdays, Tuesdays, Wednesdays and Thursdays, while adapting to the national leagues so as not to disrupt their operations. The season will start in August. The tournament will be organised as follows: two groups of 10 teams playing two-legged matches, with the top three teams in each group automatically qualifying for the quarter-finals. The fourth and fifth teams in each group will compete in a play-off for the other two places in the quarter-finals. The final will take place in May on a neutral ground. 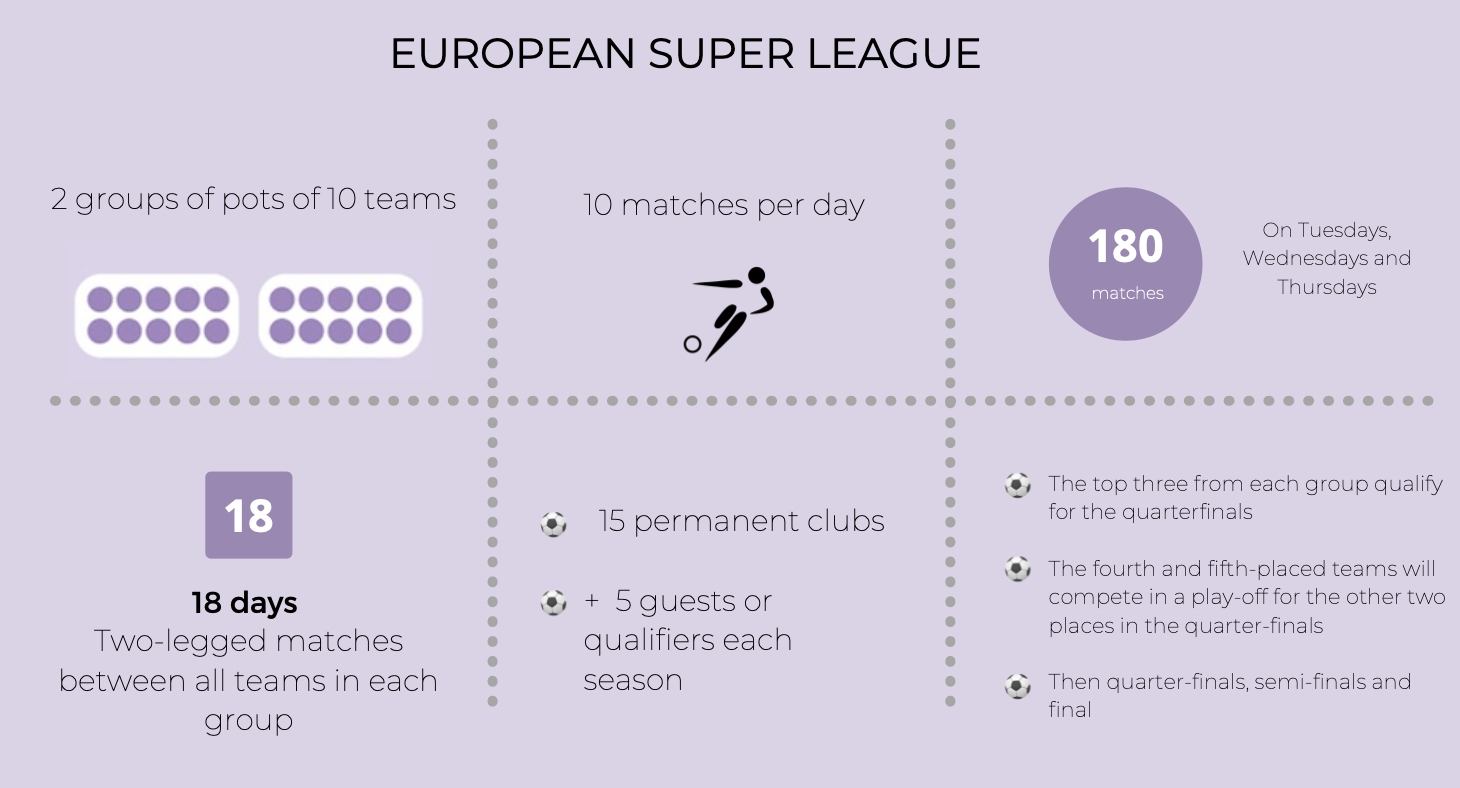 Disagreement of the European Super League

For the organisers of the European Super League, one of the reasons for its creation is “a need to offer better quality matches and to obtain additional financial resources for the whole football world”, as the press release states. However, this Super League is not unanimously supported, as it has been criticised by many. The English Football Association, the Premier League, the Spanish Football Association, La Liga, the Italian Football Association and Serie A have threatened to exclude the participating clubs from their national competitions. Some clubs and organisations denounce the fact that it threatens the principle of solidarity and sporting merit. UEFA has thanked PSG and Bayern Munich for refusing to participate in the league and is threatening to exclude the participating clubs from their championships. The creation of this super league will unbalance the football world, so it is difficult to know what will happen to the expected reform of the Champions League by 2024.

Since this morning, many players have expressed their opinion on the creation of the Super League, such as Gary Neville, an ex Manchester United player and English international Right-back.

You can find his interview by clicking here.