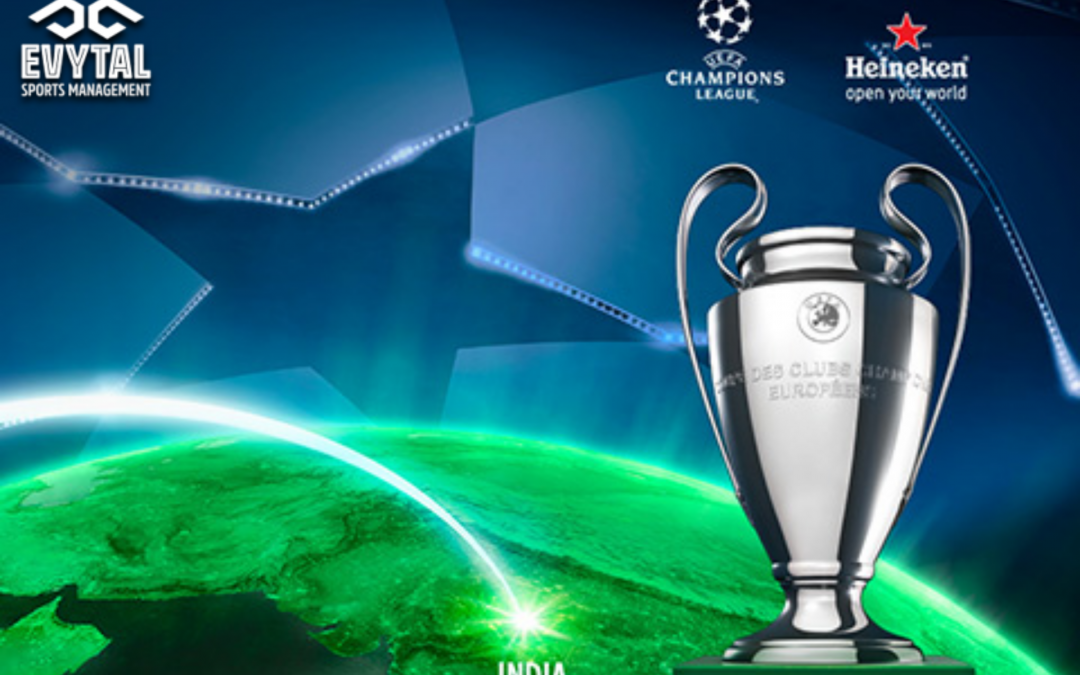 Reputation has become such an important factor in the growth of a business/organization. If a company can bring forward a trustworthy, efficient product/service providing and reliable reputation your company’s ability to gain clientele and future collaborators will increase significantly. This is where sponsorships and endorsements have become a crucial in any company’s reputation.

If organizations are able to link themselves to established and well-known companies, the linked association can be very beneficial. The linkage does not always have to be between companies, it can also be with famous events. Take for example Heineken’s association with the UEFA Champions League or Coca-Cola and the FIFA World Cup. With branding and marketing, these two companies have been automatically and almost instinctively associated with the tournaments.

A sponsor, in regards to sport, is someone or an organization who pays money to help with the costs of a sporting event and in return will be advertised at the event. So why would a company want to be a sponsor? Taking Heineken as an example, their brand receives TV coverage all over the world and therefore have the opportunity to brand and position themselves in the minds of the millions of people. The UEFA Champions League provides the platform for Heineken to put their brand out there and gain access to million of viewers.

The reality of businesses having the finance like Heineken or Coca-Cola are not likely as they pay millions of dollars/euros to have their association to the tournaments that they sponsor. The key for smaller companies would be to look for smaller or even local tournaments which could be platforms to gain access to many viewers/spectators.

Endorsements are when organizations pay athletes to wear and use their products. Good examples are Lionel Messi and Adidas or Ronaldo and Nike. The idea behind this is so that the brands are able to position themselves through the reputation of the players. For example, Nike has tried to position themselves as the best sports clothing brand and wants to be seen as good quality and prestigious.

Therefore, they have made it their goal to sponsor as many top athletes and sports clubs as they can throughout the different types of sports. The best athletes need to wear and use the best sports clothing, right? Who better than Nike?

What are important factors to take note of ?

One main factor is for sponsors to pick an event which they can actually work well with and that there is a point to their brand-event affiliation. For Heineken and Coca-Cola to be linked to sporting events makes sense as both beverage companies are set on bringing people together and enjoying the product at special occasions. The FIFA World Cup and UEFA Champions League brings people together and provide the opportunity for beverages to be consumed by viewers at home, bars or at the stadiums.

An example of a failed sponsorship campaign would be Manchester United’s promotional videos of the Fox movie X Men: Apocalypse and Independence Day. Both videos were released on YouTube in 2016 and reached roughly 300 K views per video. With 2.7 mil subscribers on YouTube, 34 mil followers on Instagram and 72 mil followers on Facebook, it is quite a disappointing that a movie franchise like Fox and a world renown football were only able to reach 300 K views on their advertisement.

Manchester United even had their ball boys painted blue as a representation of one of the characters in the X Men movie.

Why were these advertisements failures?

The reason for this is because there are two contradicting brand images and the linkage between super heroes and football is far fetched which is why this sponsorship did not work out. This then resulted in the disappointing outcome.

The same idea can be applied for endorsements. Companies need to evaluate their brand image and the way they wish to position themselves in the market and only then look for an endorsement. Nike wants to be the top sports brand which means they have to endorse the top athletes.

An interesting rise in competition for Nike has been Under Armour. This brand prides itself on the efficiency of its clothing items. Taking this into context, Under Armour has not tried to sponsor each and every single professional athlete they can get their hands on. Instead they stuck to their image and positioning strategy and have strategically chosen athletes to endorse.

Examples being Tom Brady (NFL), Canelo Alvarez Anthony Joshua (both boxing) and Steph Curry (NBA). If you are familiar with these names and have a background in each sport, you will notice that these athletes are the epitome of efficiency. Tom has received many achievements throughout his career being consistent in his form and is therefore one of the greatest quarterbacks of our generation.

Canelo Alvarez is praised for his boxing skills and has become a champion in many weight classes.  Anthony Joshua’s success in his short career in boxing has shown that he was simply made for the sport. Lastly, Steph Curry has been hands down on of the best three-point shooters in the last 5-6 years and has been improving season by season. All of these athletes fit into the brand image that Under Armour has tried to create and it therefore shows good affiliation between the brand and the athletes being endorsed.

It is immensely important for the brand image and positioning to be taken into consideration when considering being a sponsor or endorser. The endorsers and sponsors mentioned in this article showcase great examples and the correct logic that is needed to have a successful return on investment.