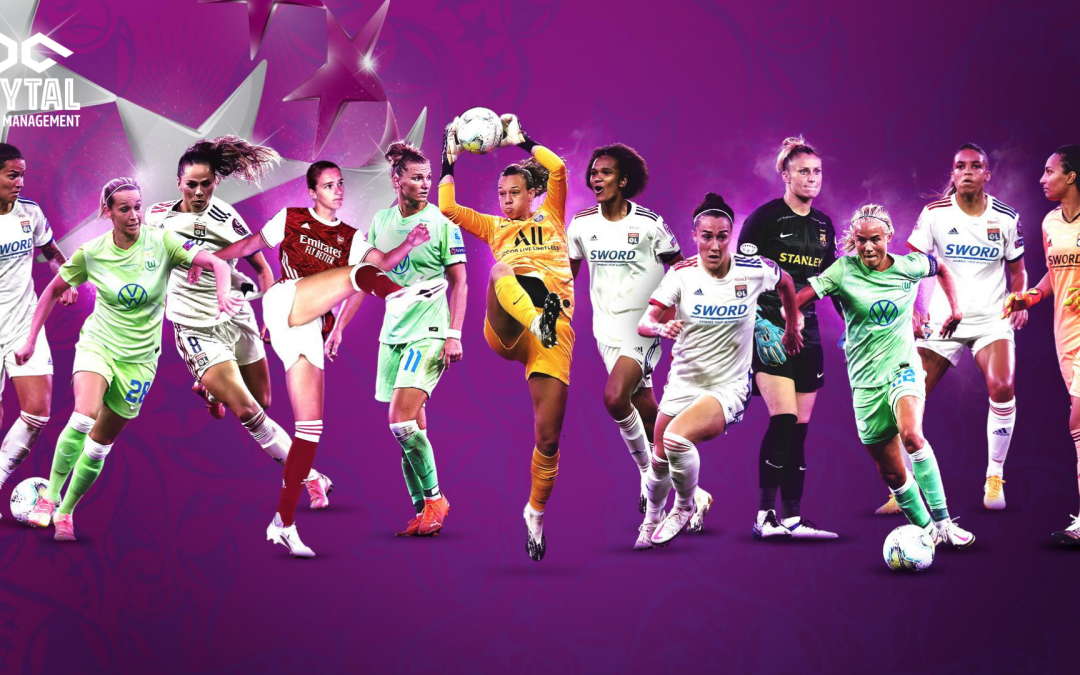 This Sunday 16 May at 21:00 CET, the final of the Women’s Champions League will take place between Chelsea and Barcelona at the Gamla Ullevi stadium in Gothenburg, Sweden. Neither team has won the trophy before. Chelsea is playing in their first Women’s Champions League final, while Barcelona will be playing in their second final, having lost 4-1 to Lyon two years ago. Lyon is a five-time winner of the Women’s Champions League, they were eliminated by PSG, who were beaten by Barcelona. For the first time since 2015, Lyon did not reach the final. With PSG’s defeat and Chelsea’s victory over Germany’s Bayern Munich, Chelsea and Barcelona are the finalists for the 2020-2021 season. This is the third time that no German or French club has reached the final. The last time was in 2007 when Arsenal LFC beat Umea IK in the final. This is the last time the competition will be held in this format. The new format is planned for the next season, allowing for the further development of women’s football.

How the new format works

Validated by the UEFA Executive Committee in Nyon on 4 December 2019, the new reform of the Women’s Champions League will take place next season. Many changes will take place concerning the organisation, the functioning, the qualifications but also regarding incomes and women’s rights. The qualification of the clubs to the championship is organised in the following way: the first six best ranked countries in the UEFA coefficient qualify the three best clubs of their national ranking. From the seventh to the sixteenth, the first two clubs in the national ranking qualify. The other clubs can register their team and participate in the qualification phase. For an easier understanding, UEFA coefficients are used to establish rankings of the performances of the different European clubs. This coefficient takes into account all the results of the European clubs and makes it possible to determine the number of clubs that each country will be able to enter in a competition organised by UEFA. The top six women’s teams in the UEFA ranking for the 2020-2021 season are France, Germany, England, Spain, Sweden and the Czech Republic. These teams have three qualifying places for the Women’s Champions League. The defending champion is automatically qualified. The competition will start with a qualification phase, consisting of two rounds divided into the League Route and the Champions Route. The group phase will bring together sixteen teams divided into four groups of four teams playing each other home and away. The group stage will replace the current round of 16. The top two teams in each group qualify for the quarter-finals. 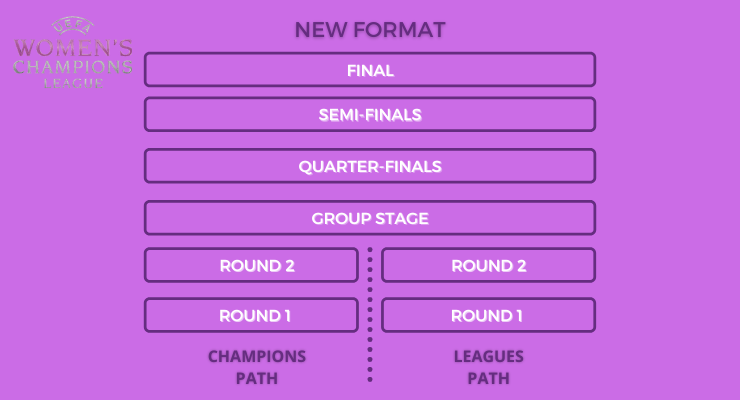 The objectives of these changes

This new format will make the Women’s Champions League more attractive both from a sporting and a financial point of view. The objectives defined by UEFA are to develop the women’s game, to enhance the governance structure, to increase visibility and commercial value, and drive participation. Indeed, the current format of the women’s Champions League is based on an often unbalanced system. One has to wait until the round of 16 or even the quarter-finals to see more uncertain matches against teams of the same level. This new operation will increase the number of matches by 20%, and to increase the visibility of the matches, which will make the competition more and more interesting. Currently only the final is marketed centrally by UEFA, the other matches are managed by the home club. These changes will generate more revenue by attracting more TV rights and sponsors. Teams participating in the competition will receive a total of €24 million, which is four times more than the current sum. In addition, the clubs that qualify for the group stages will receive 400,000 euros each and the final winner can win up to 1.4 million euros. This new financial distribution ensures the long-term visibility of women’s football. 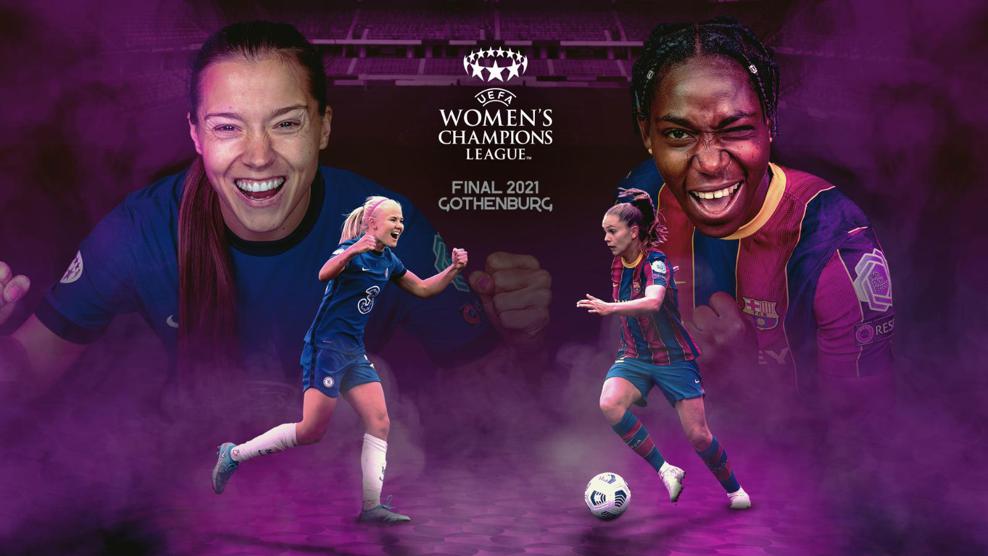 New measures have been taken to protect players, particularly pregnant players. It is now possible for participating clubs to modify their squad at any time in order to replace players on a momentarily. Another new measure concerns the development of players with the introduction of a B list allowing clubs to complete their squad and integrate young players.

The whole of its measures, whether at the level of the organization or of women’s rights, allow the development of women’s football. Don’t miss the grand final between Chelsea and Barcelona this Sunday at 21:00 CET. It is by offering more visibility to women that women’s football can evolve further.