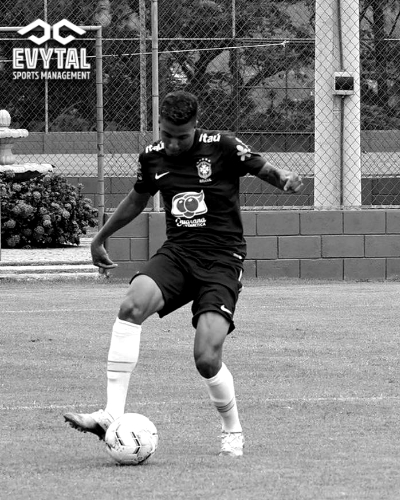 Young attacker Carlos Alberto Gomes da Silva Filho is the next Brazilian football icon who is looking for opportunities that will take his career into the elite status. Carlos has been heavily scouted, analysed and followed by the European giant clubs and is ready to make the jump if the perfect opportunity arises. Standing at 179cm tall, he uses his speed, Brazilian football skills, football IQ, vision and agility to place pressure on the opponent defenders.

Carlos Alberto Gomes da Silva Filho started his professional career in 2016 (14 years old) when he joined one of the most prestigious clubs in Brazil, Flamengo RJ. He played at Flamengo for a year where he displayed great talent and scouts were quick to start making him offers to join new clubs.

In 2018 he joined America Futebol Clube Minas Gerais and played for the U-17 side. After having a great start at his new club, Carlos was promoted to the U-20 squad as a regular starter playing over 20 games. The Brazilian has remained at this club, dominating and showing his superior skills and talent.

Brazil U-20 National Youth Side

In addition to playing for Flamengo and America Futebol Clube Minas Gerais, Carlos has also represented the U-20 Brazilian National Youth Side which is a great achievment. However, he wants to continue achieving more and reach his deams which will end with him several world and club titles.

The Brazilian was called up in December 2020 to represent Brazil U-20 once again in an international quadrangular against Bolivia, Peru and Chile. Carlos continues to shine in Brazil and continues to impress André Jardine (Brazil U-20 Coach) and many other managers in Brazil as well as overseas. The striker made an appearance against Peru U-20 after being subbed on and making an immediate impact by providing an assist for Vinicius Zanocelo to score the 4th goal.

Carlos Alberto Gomes da Silva Filho has extraordinary statistics and is leading among the top players in the highest youth league. It is hardly a prediction telling you he has a big and bright future coming his way if he continues to grow the way and dedicate himself to football. He has the potential to become a household name in Brazil and become even known around the world if he keeps working hard and displays his love and passion for football.

Evytal Sports Management has been asked to find  Carlos Alberto a new great club in Europe and guide him there in his career. 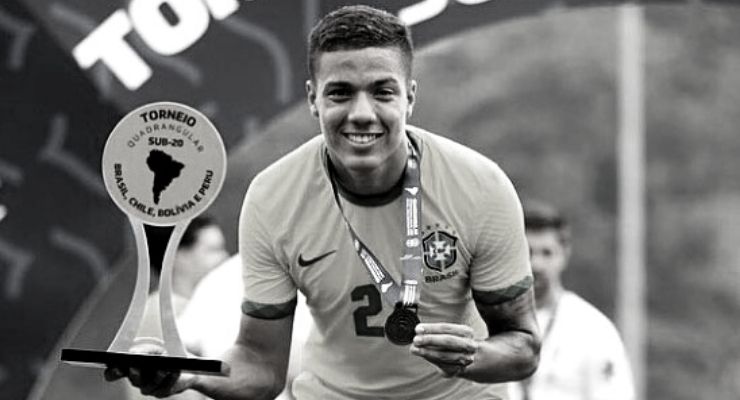