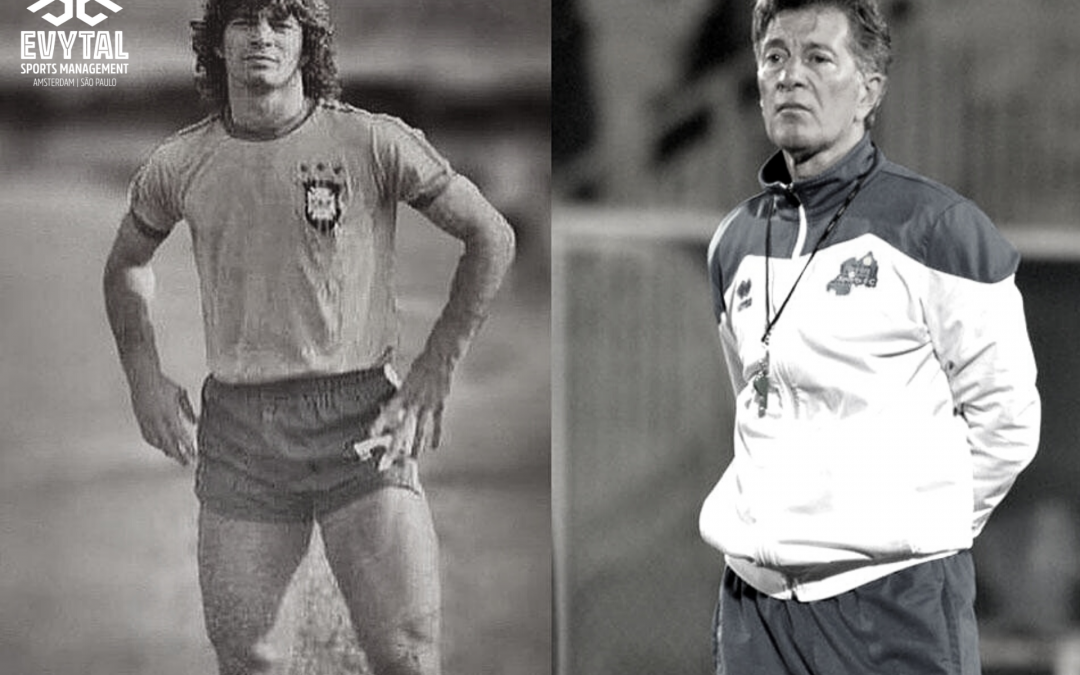 One of the handful professional coaches who are working with Evytal is the world renown Robertinho do Carmo. Born on the 22nd of June 1960 in the capital of Brazil, Rio de Janeiro, Robertinho grew up loving and playing football all his life. At the age of 18 he joined the Brazilian club Fluminense and played there four years (1978-1982), ending his 4-year career at the club with 66 appearances and 22 goals. The club also being Champion of Rio de Janeiro’s State Championship in 1980.

Next, he ventured to the club Flamengo (1983 to 1985), however, in 1984 played a year at Palmeiras. In 1983, Flamengo became champion of the Brazilian National Championship, adding a second title to his career.

The Brazilian continued to play in Brazil for another five years at five different clubs collecting 4 titles. At the age of 29 eventually broadened his sights to the country of Portugal in hopes of gaining more experience and to challenge himself to a new style of football. He played for Nacional which is located on the island of Madeira. At his new club he played there for four years and lastly headed to Grössembacher in Switzerland for one year where his team was Champion of Switzerland’s National Championship in 1993.

Gaining 15 years of experience as a player he then decided to take on another challenge and become a football coach. Robertinho has coached more than 15 clubs in four different continents, Europe, Asia, Africa and South America.

Some of his major titles he has won include, his former club, Fluminense Futebol Clube where he won the Brazilian National Championship and Curitiba’s Cup U17 and was champion of World Obendorf International Tournament (Germany) U20.

The Brazilian also coached at Atlético Sport Aviação (Angola) where he was able to get the team to 6th place in the National Angola Premier League (2015) which was one of the highest position they have been in the last 20 years.

Most recently do Carmo created history bringing Rayon Sports (Rwandan club) into the quarter finals of the Confederation of African Football tournament. Furthermore, Rayon Sports club were crowned the champions of 2018-2019 where he currently coaches.

Robertinho Oliveira Gonçalves do Carmo  [22-06-1960] holding a Portuguese and Brazilian proves his prestigious background in professional coaching and strong route as a iconic player.