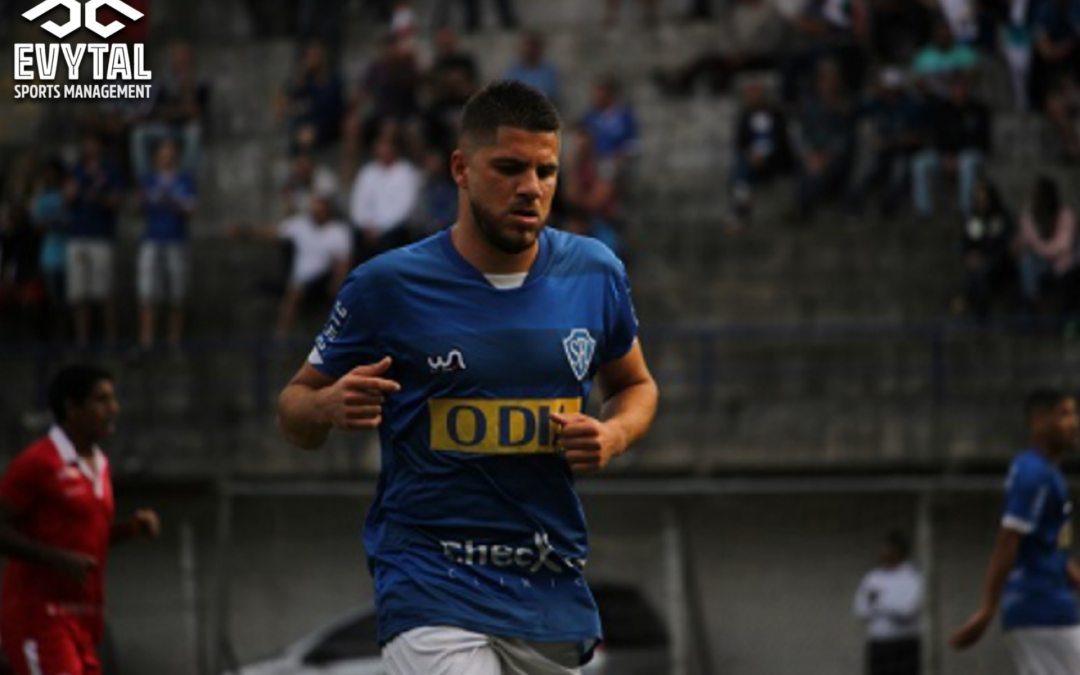 The Brazilian left back, was born on the 3rd of March 1995 in Rio de Janeiro but was raised in Petrópolis. He is a versatile player who finds himself comfortable in the midfield positions. As a child, he spent many years being shaped, trained and moulded by clubs in Serrano. He had the talent and privilege as a child to be trained by one of the most famous Brazilian clubs, FC Fluminense youth academy.

Magdiel spent 10 years at Fluminense learning how to play the sport physically, mentally, emotionally and spiritually. In these ten years the Brazilian turned into a fierce left back who has the speed and skill to make opposition defenders fear him when he comes running down the field and has the defensive skills and knowledge to keep strikers and wingers at bay.

Duque de Caxias Futebol Clube approached Magdiel after his ten years at FC Fluminense and offered him a deal at the club. In 2016 he played for Duque de Caxias, however, in 2017 decided to return back home and play for Serrano FC and has played there until today.

We created an interview with him in hopes of showing our readers who Magdiel is and what his dreams and achievements are.

Who is your favourite footballer and why?

Marcelo (Real Madrid, Brazil National Team), He is my favourite as I enjoy his boldness and personality during the game/fixture.

Which footballer inspires you the most?

Cristiano Ronaldo, because of his professionalism, even through the difficulties of being at a high level he remains professional. In addition, the fact that he has the Ballon d’Or several times, he is never satisfied and always wants to improve on his performance and his hard working mentality which allowed him to become one of the greatest names in football.

Which leagues would you like to play in one day?

I do not have a specific league that I wish to play in. I have a dream of one day playing in Europe, that will be one of my biggest victories/achievements in my life.

Which title/achievement would you like to win or attain?

Which teams would you like to play for one day?

I do not have any specific teams I would like to play for. I am working really hard to get into Europe. As I said earlier, I have a dream of playing in Europe and I will not stop chasing after it.

Magdiel is a young, talented footballer who wants to achieve his childhood dreams of coming to Europe and playing in one of the big leagues. We at Evytal wish him all the best and hope to one day make his dreams a reality.

Before 2003, no one knew or even heard of the name Roman Abramovich, even more surprising was the fact that he wanted to buy Chelsea Football Club. Nonetheless, a deal was struck, and the club was sold in July 2003. Fast forward to 2022, and now everyone in the...
Lees meer

Are you enjoying our articles? Feel free to fill out your name and e-mail to subscribe to our newsletters.