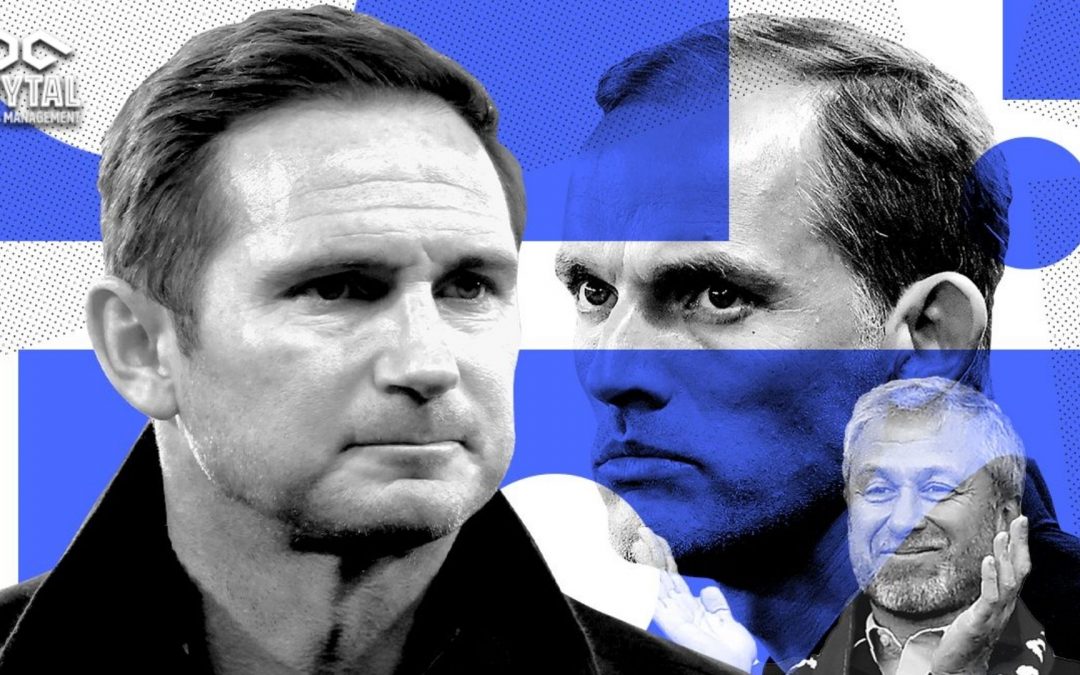 Chelsea FC has recently sacked Frank Lampard after 18 months at the English club. Currently sitting 8th tied with Arsenal on 30 points, the club has been “under performing” and have not reached the “expected standards” according Chelsea upper-management. With difficult and probably the most strangest seasons in Premier League history, the 2019-2020 and 2020-2021 seasons have been challenging for all managers, players and clubs to reach the goals they set. Frank’s time at Chelsea during the Corona Virus period could not have been easy, however, this is the football industry and it runs on high performance. If the expected performance is not attained, whether it is a player or a coach, someone else has to step in and take over….

Lampard’s departure may have come as a shock too many, however, some predicted that he would not be successful at the club due to his lack of experience as a coach. With only one year of management at Derby County, many saw this as insufficient experience to lead a club who competes in the Premier League, Champions League and the FA Cup. This leads to football fans and experts wondering if Lampard was assigned as manager of Chelsea FC due to his reputation as a player and his emotional connection to the club. Whatever the reasons for his appointment as manager were, his time at the Blues has come to an end.

Recent rumours have been spreading around hinting that Antonio Rüdiger has been creating problems and disrupting the team environment during the build up of Lampard’s sacking. With fans attacking the German defender, several teammates including, captain Caesar Azpilicueta and stiker Tammy Abraham, have jumped to his defense posting on social media that the rumours are not true. Furthermore, Antonio was in no way connected to Lampard’s dismissal.

Chelsea FC has appointed a new replacement for Frank Lampard with more experience managing top competing clubs. Former Borussia Dortmund and Paris Saint Germain (PSG) manager, Thomas Tuchel will take over for the next 18 months with an option to extend for a further 12 months. His appointment is not made based upon emotion or reputation as player, rather his skills as a manager and his accomplishments which involve winning the DFB-Pokal in 2016-2017 with Dortmund, Ligue 1 2018-2019 and 2019-2020 and several more with PSG including being runner ups of the 2019-2020 Champions League. Thomas now looks to bring Chelsea FC back into the title race and into the top 4 to secure a spot in the Champions League next season. Furthermore, the German coach will look to get his players back into top form, strengthen up the defense and raise the players’ confidence levels.

The Blues have a challenging task ahead of them and under the leadership of Thomas Tuchel we will have to see whether they can improve their current situation or not. It will require strong leadership from the manager and his coaching staff to the captain and players to pull off a come back and turn around their current inconsistent form.