Tomorrow the final of the Copa Libertadores will be played between famous and well known clubs, Palmerias FC and Santos FC. With both teams wanting to add some silverware to their 2020-2021 season, this will be an entertaining and eventful fixture filled with passion and heart. Palmeiras FC is currently sitting 5th on the log with 52 points, 10 points behind 1st placed Internacional FC, and Santos FC is sitting 10th with 45 points. With only a few matches remaining in the Brazilian Serie A, it seems unlikely for Palmeiras FC to win the league and impossible for Santos FC, meaning these two teams are desperate to win the Copa Libertadores. Unfortunately not many people know of the tournament and so the question has to be asked, what is the Copa Libertadores and how does it work?

History of the Copa Libertadores

The first tournament was held in 1960 and essentially follows the setup of the European Champions League where the top teams from various South American Leagues compete against each other and a champion in crowned. The first tournament consisted of 7 teams which were, San Lorenzo FC of Argentina, Millonarios FC of Colombia, Peñarol FC of Uruguay, Olimpia FC of Paraguay, Jorge Wilstermann FC of Bolivia, Bahia BC of Brazil and Universidad de Chile of Chile. These were all the champions of their local leagues in 1959 and were allowed to participate in the 1st Copa Libertadores in 1960. Since then the tournament has grown and expanded its borders. It currently consists of 32 teams and has added Peru, Colombia and others to the list of participants. The tournament is now 61 years old and has become very popular in South America with millions of football fans tuning in to watch their teams battle against their oppositions. Football lies in the heart of many South Americans and this tournament symbolises more than just teams playing against each other, but rather the representation of countries and seeing who is the best footballing nation of that year.

Players to Watch this Weekend

Both teams possess top quality players who have the ability to make a big difference on Saturday’s game. Santos FC and Pameiras FC have had top performers this season who have played vital roles in their teams’ success thus far. These players will look to lead their team to victory tomorrow and show their talent and skills to the world. Starting with Santos FC, right winger Mario Sergio Santos Costa, also known as “Marinho”, has scored 16 goals this season and has 7 assists making him the top goal scorer and assister at Santos FC. He is by far been one of the most important players of Santos FC’s 2020-2021 season thus far. He will surely look to continue his scoring and assisting streak and play an important role in the Copa Libertadores final. In addition, right back Madson Ferreira dos Santos, 4 goals and 5 assists, will look to link up with Marinho and utilise the right side to their advantage and place pressure on Palmeiras’ defence.

Palmeiras FC will seek to utilise their centre forward, Luiz Adriano de Souza da Silva, and attacking midfielder, Raphael Cavalcante Veiga, to place pressure on Santos FC’s defence. Both Raphael and Luiz have scored more than 10 goals this season and will look to secure the win for Palmeiras FC by putting the ball in the back of the net as often as possible. In addition to these attackers, central midfielder and top assister Gabriel Menino will seek to help out his attackers by getting the ball to them in dangerous and goal scoring positions. The playmaker alongside his two attackers may be a lethal combination and snatch the cup from Santos FC’s grasp. 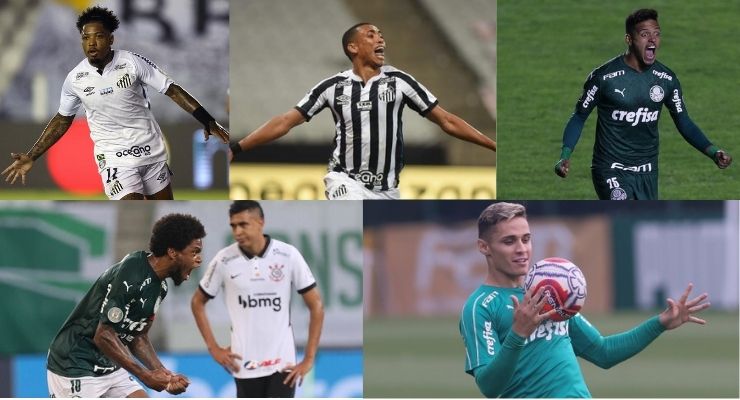 The match begins at 17:00pm Brazilian Standard Time and 21:00pm Central European Time on the 30th of January 2021. The fixture will be hosted at the famous and beautiful Maracanã stadium in Rio de Janiero. Be sure to tune in and witness Brazil’s football talent, flair and passion which is like no other.