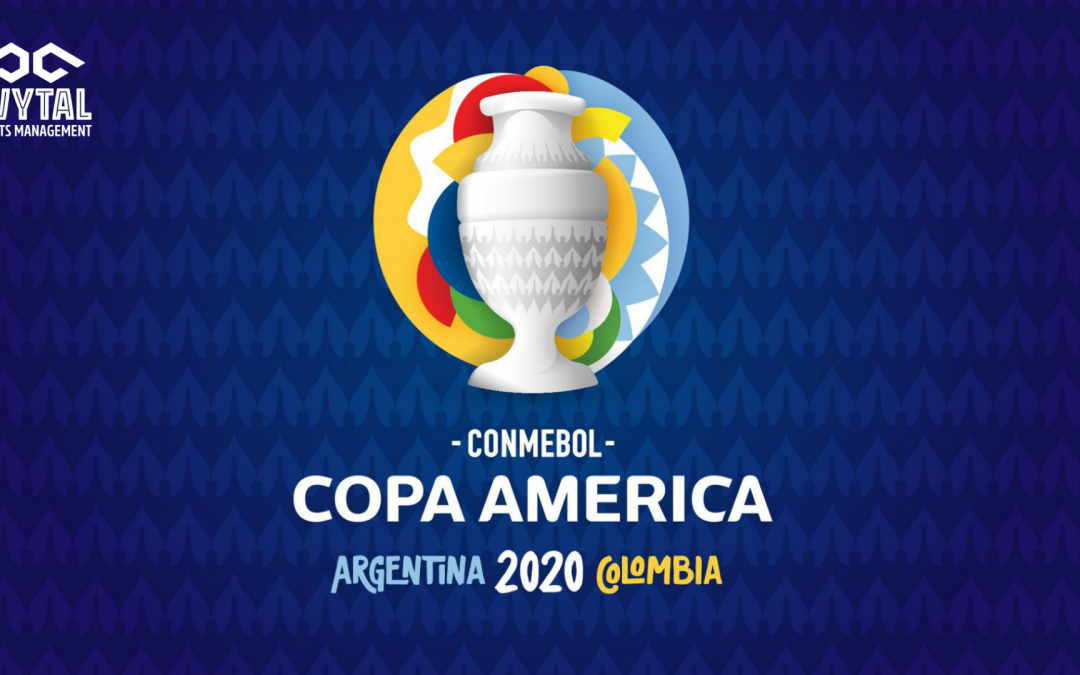 The 47th edition of the Copa America

The Copa America is the most important international football competition organised by CONMEBOL, the South American football confederation. This competition is held every two, three or four years. All ten member countries participate in the competition (Uruguay, Argentina, Paraguay, Chile, Colombia, Bolivia, Ecuador, Brazil, Venezuela and Peru), and two additional members are invited to each edition. Usually members of COONCACAF (Confederation of North, Central America and Caribbean Football) or AFC (Asian Football Confederation) are invited. This year, the two members invited to join the competition are AFC members Australia and Qatar. However, due to unavailability, they will not be able to participate. The competition will therefore take place with ten participants. Initially scheduled for 2020, the Copa America has been postponed by one year due to the Covid-19 pandemic, so the championship will take place from 11 June to 10 July 2021. 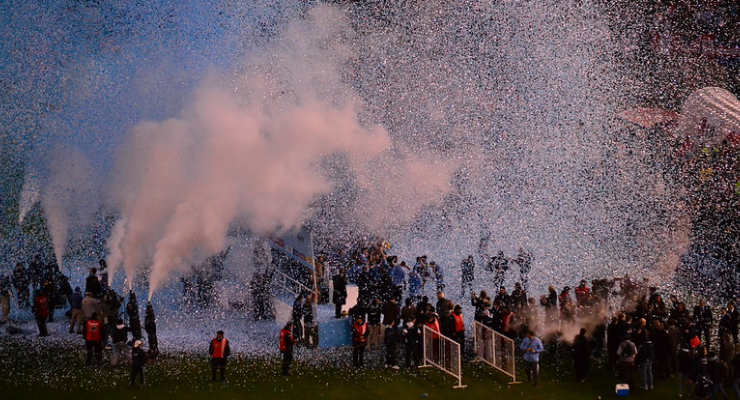 No Copa America for Colombia

On Thursday 20 June, the Colombian Minister of Sport, Ernesto Lucena, asked CONMEBOL, the South American football confederation to postpone the competition due to the violent political tensions that are currently affecting the Colombian territory. However, CONMEBOL refused this request because it is impossible to postpone the matches at the end of the year due to the already busy scheduled and the logistics of the tournament. Indeed, since 28 April, many demonstrations have taken place against the government, which have been harshly repressed by the security forces. Colombians, including many students, are denouncing the government’s tax reform project and economic policies. The result was tragic: 43 dead civilians, more than 1200 arrested and an additional 855 victims of physical violence. Following this, the Colombian president, Iván Duque, decided to withdraw the tax reform project. However, the demonstrations continued, making the organisation of matches impossible, particularly in the cities of Bogotá, Medellin and Calin where matches were to take place. In Bogotá, graffiti were written on the walls of a stadium “No Copa America”, “No peace, no football”. These graffiti denounce the continuation of the Copa America despite the conditions that the country is currently experiencing. The Colombian government assures that the demonstrations are not at the origin of its decision, but rather the will to carry out the event in better conditions with fans in the stadiums. It should be noted that, in addition to its violent tensions, Colombia is experiencing a third wave of the epidemic with record numbers of daily infections. Otherwise, Argentina, the other host country of the competition, had offered to host all the matches, but the resurgence of cases of COVID is complicating the situation. 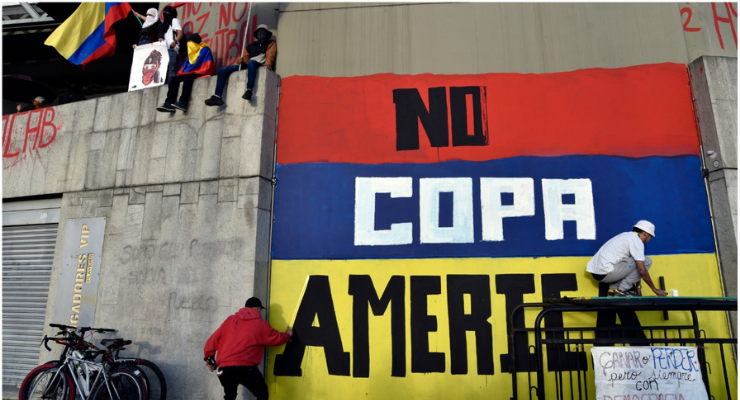 Copa America withdrawn from Argentina two weeks before the competition

Argentina, the host country of the Copa America, was preparing to host various championship matches on its territory. However, on Monday, CONMEBOL decided to cancel the competition in Argentina. Argentina is one of the countries with the highest number of infections and deaths per million inhabitants of past fortnight. The country implemented a strict lockdown from 22 to 30 May in order to reduce the acceleration of the third wave of COVID present in the country. However, the number of positive cases has exceeded 3.7 million and to date the country has had 77,000 deaths since the beginning of the pandemic. Argentina’s health minister, Carla Vizzotti, recently warned of the difficulties of such an organisation in the country. The government released a survey on Friday and more than 70% of Argentines were opposed to their country hosting the Copa America, giving CONMEBOL a strong incentive to cancel the games scheduled in Argentina. Last Thursday, Secretary General Gonzalo Belloso announced that Chile could co-host the Copa America in place of Colombia and Argentina. Time is running out as the competition is only two weeks away and the final decision will be made within this week. Despite the difficult conditions for the organisation of this competition, CONMEBOL is keen for it to take place and hopes that it will not be cancelled like the previous edition. 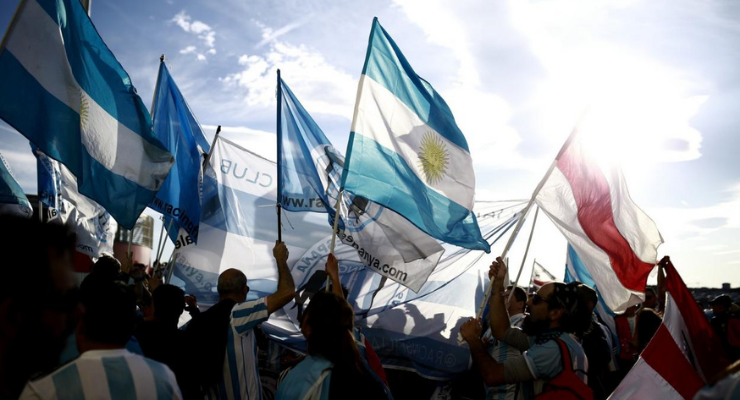